… always use Usted when in doubt.


People often wonder just when they should use tu and when they should use Usted to address a person as “you” in Mexico. These seem like simple words, but in the Spanish speaking world their cultural use is complex and significant. Furthermore, conventions can vary in different Spanish speaking countries. The misuse of tu and Usted can both offend and cause misunderstanding. Fortunately, there is a simple rule that one can use to play safe. In addition, there is an explanation of the roles these words play in communication that affords one insight into Mexican culture.
A simple explanation is that tu is informal and Usted is formal. To be safe, one should err on the side of the formal: always use Usted when in doubt. This will ensure that one will never be wrong when Usted is required. The people to whom one is close enough to say tu will be understanding and won’t care much which pronoun one employs with them.


Mexican culture is steeply hierarchical. Persons can rank high on the social ladder by reason of family lineage, power, education, and wealth, to name a few factors. The upper classes demand deference from those they consider to belong to lower social strata. “Superiors” maintain an authoritative distance to “inferiors,” even though they may employ formal courtesy. Mexican communication style both reflects and reinforces the culture’s hierarchy.

In contrast, individuals in the flatter hierarchy of the United States seek to decrease hierarchical difference with their communication style. A speaker will use forms of address that demote the rank of persons at higher echelons and promote persons at lower ones because their culture teaches them to emphasize the equality of all persons and minimize status difference. When an American addresses a Mexican at a high social level in a familiar manner, s/he offends by not recognizing the person’s status or maintaining proper distance; when s/he treats a person of a more modest station in life as an equal, it often confuses or embarrasses the person because they perceive a clear status difference. In Mexico, communication style recognizes that power is, in fact, distributed unequally. The difference in hierarchy in Mexican and U.S. culture is one of degree: all societies have, of course, a pecking order and courteous forms of address.


As a consequence of Mexico’s hierarchy, in addition to the use of Usted, the use of titles is important. Use Señor and Señora with everyone except close friends if one does not know their title. However, anyone with a university degree is a Licenciado/a. The title for an attorney is always Licenciado/a. An architect is Arquitecto, an engineer Engeniero and a teacher Maestro/a. If, for example, one goes to an attorney’s office one would ask for Licenciado Gutierrez rather than Señor Gutierrez. One’s use of the proper title in this manner will be very well viewed even if one is speaking English. Likewise in conversation, one would address a person as Arquitecta Sanchez or Ingeniero Gomez. A doctor is Doctor, as in the United States.


The use of tu can indicate intimacy. It is used in families and among close friends. It also can indicate rank. Adults address all children as tu, but children should address adults as Usted unless they are close family members. Not so long ago (and in a few families today) many children were required to address their parents as Usted, similar to the use of Sir and Ma’am still used by children when speaking to their parents in some of the English speaking world.


Usted is employed both to indicate respect and to maintain distance. Employees and subordinates address their employers, managers and supervisors with Usted. Some employers or managers may use tu with employees to indicate that they outrank them, and the employees thus addressed will acknowledge this difference in status by responding with Usted. When a superior addresses a subordinate with Usted, this may indicate respect or it may be intended to maintain social distance. One should not use tu to address staff in offices that one visits. Nor should one employ tu to seem more “friendly.” What Americans call friendliness, which is communicative warmth, Mexicans convey in many other ways, even while using Usted.


Usted is generally used by all when addressing a very old person of any social level, and one Mexican professional commented that the poor of Mexico have so little in life that at least one can give them dignity by addressing them with Usted. Some people use tu with domestic help, especially if these employees have worked with the family for many years. But it is generally considered bad form to address the domestic help of someone else’s household with tu. In venues such as dinners and social gatherings, middle class and upper class adults who know each other will often speak with tu to recognize equal social standing. Younger people more easily address each other with tu than older generations.


Usted also serves to maintain distance between men and women. In fact, if a man inappropriately addresses a woman as tu and she allows it or responds with tu, it may indicate she is accepting or encouraging a type of attention she may not want. In some cultures, this situation requires a direct rebuke. In Mexico one can say politely that one prefers to use Usted, but Mexican culture places a premium on harmonious relations and prefers indirectness even to courteous confrontation. One way to handle this situation, especially in front of others, is for the woman to continue to use Usted, and let the man’s lack of manners speak for itself.


In summary, here are some tips for effective and harmonious communication between Mexicans and Americans:


1. Always be courteous and polite.

2. Use Usted unless one is absolutely certain that tu is appropriate.


3. Overly “friendly” behavior can be interpreted as disrespectful or naïve.

5. Americans need to remember that polite communication in Mexico is more formal than in the United States.

6. Mexicans should understand that Americans are culturally trained to communicate in a familiar or “friendly” manner that is intended to please and not to offend.


To the long list of the many pleasures of living in or visiting Mexico, one can add the general courtesy and good manners of Mexican people from all walks of life when they interact with others. And if some Mexican customs seem different, then viva la diferencia.


This article published in the March 2008 issue of Another Day in Paradise magazine (htp://www.adip.info/).
Posted by Tracy Novinger at 8:00 AM

I've been looking for information on this subject and this article was really informative. I wonder if a teacher ever addresses his/her students with the tu form when the students are over the age of 13?

Indeed the spelling is ingeniero in Spanish. I can blame it on an error de dedo (typo) or on my Portuguese creeping into my Spanish (from engenheiro). I shall correct the text above.

Wow! Very great article! I am a native Spanish speaker and I never really realized the complexity of Usted/Tu. I was aware of the existence but never really paid too much mind to it. Everything that I realized from usted such as distance, formality, using it with family, you explained it very clearly in the article! Thanks!!

On the side note "usted" does create that distance whether it is from someone an individual does not wish to include in their life. It can also be used to express cuteness with an infant, toddler, or people who are flirting, culturally because one desires the other person to work for their affection and win it, in terms of flirtation.

This explains a lot. I've just moved to Mexico to start a new job after finishing my PhD. I have been guilty of using tu as an attempt at being friendly and have noticed that many people insist on calling me Usted. I asked my mentor about it and he basically said, just always use Usted in public.

I fear that I have been unintentionally patronizing to people, as though being pretentious because of my doctoral degree, and that's just the opposite of my intention! In the US, it is common for professors to ask their students to call them by their first name, just to avoid the stuffiness. Now I see that it can be quite different here!

Tracy Novinger was born in Aruba, where three generations of her family lived. From age ten to university, she lived in Brazil and attended Brazilian schools. She lived in Tahiti for some ten years, where she worked and also served as a French-English translator under oath for the French courts. She speaks English, French, Portuguese and Spanish and has published two books on intercultural communication with UT Press. 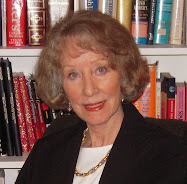 Click on image to see synopsis, excerpt and table of contents.

Communicating with Brazilians: When "Yes" Means "No"

Click on image to see synopsis, excerpt and table of contents.

How Culture Affects Communication
On Cultural Time
Tu or Usted?